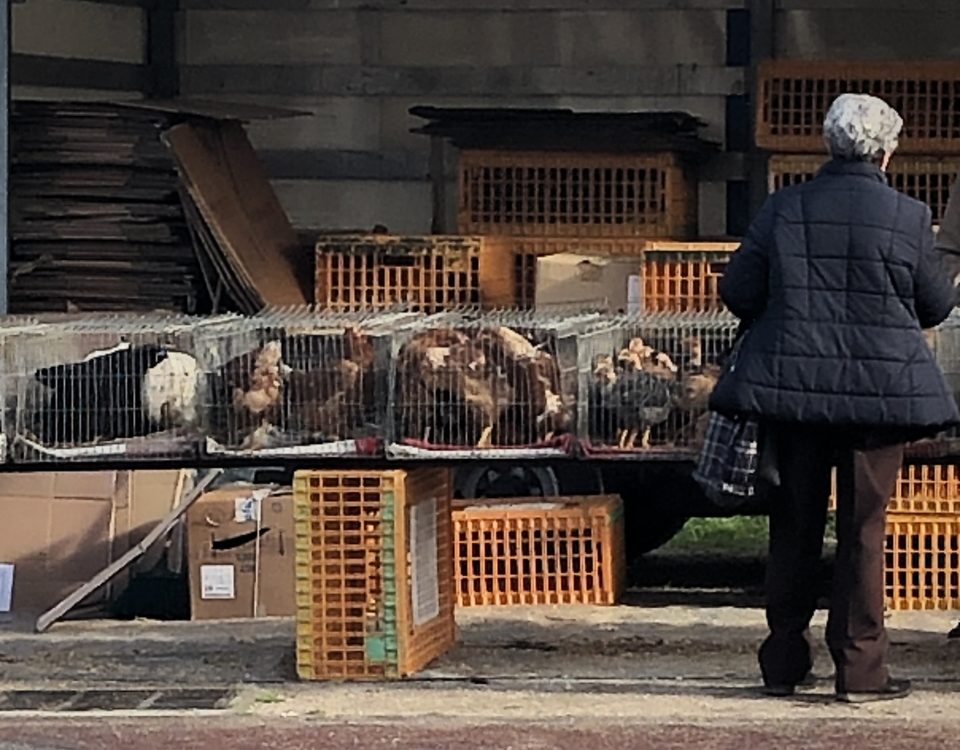 I will update this post regularly as I am often faced daily with LOL moments.

There’s a voice that keeps on calling me

Down the road, that’s where I’ll always be.

Every stop I make, I make a new friend,

Down this road that never seems to end,

Where new adventure lies just around the bend.

A brand new tale no-one has ever told.

We’ve journeyed far but you know it won’t be long;

We’re almost there, we’ve paid our fare with a hobo song.

Until tomorrow, you know I’m free to roam.

I am having this song at my funeral along with Michael Jackson’s ‘Man in the mirror’ and ‘Make me a channel of your peace’. Family – be prepared to sing and wear fancy dress! It’s all in my will.

I SAW THIS ON MY JOG TODAY. NOT GONNA LIE IT FREAKED THE SHIT OUT OF ME. FROM A DISTANCE I THOUGHT IT WAS A FOOTBALL, THEN I GOT CLOSER AND THOUGHT IT WAS A SEVERED HEAD, I REALLY NEED TO GET MY EYES CHECKED OUT. WHAT IS IT ABOUT DOLLS THAT FREAK ME OUT SO MUCH? WE ONCE VIEWED A HOUSE IN RADSTOCK, UK AND EVERYTHING IN THE HOUSE WAS PURPLE, CARPET, FURNITURE, CURTAINS ETC. IF THAT WASN’T OFF PUTTING ENOUGH THE SELLERS A MIDDLE AGED WHITE COUPLE HAD LOTS OF SCARY BLACK DOLLS POSITIONED ALL AROUND THE HOUSE, I HAVE NO CLUE WHAT THEY WERE THINKING OR THE STORY BEHIND IT BUT IT WASN’T A STRONG SELLING TACTIC AND NEEDLESS TO SAY WE DIDN’T PUT AN OFFER IN! IF THIS DOLLS HEAD DOESN’T CREEP YOU OUT YOUR BRAVER THAN ME.

SOME OF THE PRODUCT NAMES MAKE ME LAUGH. THIS KITCHEN ROLL IS CALLED ‘FOXY ASSO’ I THINK IT WOULD MAKE A BETTER NAME FOR TOILET ROLL AS MY ASS IS SO FOXY (HA HA).

THERE IS CURRENTLY A ROAD DIVERSION NEAR US SO PEOPLE HAVE TO DRIVE PAST OUR HOUSE TO GET TO PIÓDÃO. ONCE THEY GET PAST OUR HOUSE THERE IS NO FURTHER SIGN AND EVERYONE DECIDES TO TAKE THE LEFT TURN INSTEAD OF RIGHT. THE PEOPLE WHO LIVE TO THE LEFT MUST BE GETTING FED UP OF TOURISTS DOING U TURNS IN VINHÓ SO SOMEONE HAS MADE A HAND WRITTEN SIGN – GENIUS! THIS MADE ME LAUGH A LOT.

I SENT HUBBY INTO SHOP TO BUY ITEMS FOR A PICNIC AND HE RETURNED WITH THESE HAM AND EGG CRISPS. HE OPENED THEM IN THE CAR AND OMG IT WAS LIKE SOMEONE HAD RELEASED THE STINKIEST FART EVER! IT WAS VILE, WE ALL BLAMED EACH OTHER THEN REALISED IT WAS THE CRISPS. TEANNA THOUGHT IT WAS HILARIOUS. THEY TASTED RANK AND I DON’T KNOW WHO CAME UP WITH THE IDEA OF EGG CRISPS BUT IT’S WRONG. THE SMELL LINGERED FOR A FURTHER 90 MINUTES TO THE POINT WHERE I WAS HANGING OUT OF THE WINDOW TO BREATHE IN SOME FRESH AIR.

TOILET SIGNS ARE WEIRD AS HELL! THESE ARE BOTH SIGNS FOR FEMALE TOILETS AND I HAVE WALKED INTO THE MALE TOILETS (BY ACCIDENT – HONESTLY) ON MULTIPLE OCCASIONS. IT’S VERY STRESSFUL TRYING TO WORK OUT WHICH IS THE MALE AND FEMALE TOILETS. DON’T GET ME STARTED ON THE LACK OF TOILET SEAT, PAPER, LOCK AND SOMETIMES LIGHT. I’M FED UP OF SQUATTING AND I’M NOT SURE HOW MUCH MORE MY THIGHS CAN TAKE (HA HA).

THE CORN ON THE COB TATTOO! NOW I QUITE LIKE TATTOO’S, I HAVE A COUPLE AND I WAS STOOD BEHIND THIS BLOKE IN A QUEUE AND I REALLY WANTED TO ASK HIM WHY A CORN ON THE COB TATTOO? MAYBE HE HAS FOND MEMORIES OF PICKING CORN IN THE FIELDS WITH HIS MUM AS A CHILD OR MAYBE HE JUST LIKES CORN, I HAVE NO CLUE BUT IT’S WEIRD AS HELL!

MY DAUGHTER SPOTTED THIS LADY LOOKING VERY THOUGHTFUL STOOD ON HER BALCONY GAZING OUT AT THE WORLD. THEN WE GOT CLOSER AND REALISED IT’S A MANNEQUIN, WTF!!!!!!!!! I HAVE NO WORDS FOR THIS. I HAVE AN IDRIS ELBA MANNEQUIN ON ORDER FOR MY BALCONY (HA HA).

FOUND THIS QUIRKY LITTLE HOUSE WHILST ON A SCHIST WALKING TRAIL. WHAT THE HELL IS THAT TRAFFIC LIGHT FOR? HA HA.

IT’S SO HOT HERE THAT EVEN THE PLANTS GET THEIR OWN PERSONAL SUNSHADE.

THIS POST MADE ME LAUGH, NOT ONLY IS IT BENT AND LOOKS LIKE IT’S GOING TO FALL, CHECK OUT ALL THESE WIRES, HEALTH & SAFETY OUT THE WINDOW!

THE FAMOUS SARDINE SHOP SELLS TINS OF SARDINES WITH YOUR DATE OF BIRTH ON THE TIN, I HAVE NO IDEA WHY. I DON’T GET IT AND WE HAVE HAD MULTIPLE CONVERSATIONS ABOUT IT. I STILL DON’T GET IT!

THIS HOUSE IS FOR SALE, JUST LOOK AT ALL THOSE GREEN TILES! NOT FOR ME (HA HA).

THIS LADDER AGAINST THE ORANGE TREE MADE ME LAUGH. IT’S AN ACCIDENT WAITING TO HAPPEN! I THINK MY HOMEMADE ORANGE PICKER IS A SAFER OPTION BY FAR!

THIS PROVES MY POINT THAT PRICKLY PEAR’S GROW ANYWHERE!

I ABSOLUTELY LOVE THIS LITTLE CEMETERY. HOW WONDERFUL IT IS WITH LITTLE BUILDINGS THAT LOOK LIKE BEACH HUTS FOR THE DEARLY DEPARTED.

THIS IS WHAT A TRAFFIC JAM LOOKS LIKE IN MY VILLAGE.

We stumbled across this weird and wonderful little wash room whilst on one of our hiking schist trails. The villagers still use it to wash clothes the old fashioned way and I suppose it’s the equivalent to a U.K launderette.

We also stumbled across the above ruins whilst on the same hiking trail. The old ruins intrigue me so much as they are everywhere and I often wonder what the story is behind each and every one and how they got in such disrepair. A lot of the time Portuguese people may pass away and live in a very rural area and the house then gets passed down to various family members. I can only assume that none of them want the challenge or have the money to fix the houses and over years they start falling down. The younger generations also don’t wish to live in small villages away from the cities as jobs are limited and they may need to stay local to cities for employment. Who knows their true story but I find them fascinating.

On part of the same hike we walked through an area which had tons of bees and quite a few liked my hair. Then I spotted a row of Portuguese bee hives. I bet the honey from these hives is spectacular, I love honey, there are a few honey festivals in Central Portugal and I would love to attend in the near future when festivals are back on.

We stumbled across this crazy ass house on a schist hiking trail. When you live in a terraced house and you can’t build sideways, build upwards to the sky!!!!!! Hilarious.

The make-shift hot tub: Agriloja have this huge garden tub for sale! It was scorching today so I nearly bought it for the garden, I was thinking I could sit in it and hubby could hose me down with my new garden hose that shrinks, expands and looks like a snake, I could have my very own plunge pool (ha ha).

The crazy Sardine shop which I have already mentioned some time ago. We visited the shop in Porto but have now found the same shop in Coimbra. This time I purchased a very overpriced tin of fish for my cousin back home in Bristol.

A beautiful Rainbow water display in a Coimbra park. Who doesn’t like a rainbow!!!!!

Yarn bombing in the street of Coimbra, love it!

Someone has a display of Snow White and the 7 dwarfs in their front garden (ha ha).

Some very strange but wonderful sculptures in a local garden.

On one of my day trips I really needed the loo whilst we were driving. I have OCD and huge anxiety about using public toilets and I have used some horrendous ones in petrol stations so I was overjoyed to see a sign for a beauty spot and park with picnic area and WC. It looked so promising but I was faced with this! I am used to not having a seat here in Portugal and no toilet paper so I always carry tissues but I’ve not ever encountered a squatty potty floor toilet yet. The smell was so bad but I had to pee. It was horrendous, so bad that I had to take a photo to show hubby who was sat in the car. The worst part was I sprayed pee pee on my bloody leg! (ha ha).

I found it rather strange and funny that this little sachet of sugar that came with my coffee has a Portuguese idiom on the back, not relating to coffee at all. My Portuguese is still limited but I think it translates to: When the mouse leaves the house the cats walk! WEIRD.

We were SUP boarding at the Mondego river and packing up our stuff when this truck drove in to the picnic area. It has a 2 seater sofa with 2 ladies sat in the back! I have never laughed so much in my whole life, only in Portugal! I had to be discreet in taking the photo as I got caught last time taking a photo of the Donald Trump look a like, his lady friend was not impressed. I wonder if it is his chat up line. “Hey ladies, fancy a ride in my open top vehicle? Hop in the back and feel the wind in your hair” (ha ha).

Another day another doll head! I was near the end of my evening run and I thought I saw a dead animal in the middle of the road so I obviously had to investigate as I often find dead cats and dogs which traumatises me. Turned out to be another horror movie scary ass dolls head! No body just a dirty head! This is the second time I’ve found a dolls head in my village and it scared the shit out of me (ha ha). I really need to get my eyes checked but in my defence it was getting dark.I think it looks like my twin sister separated at birth as we have the same hair and I’m a dirty girl (ha ha). I sent the photos to my son (Josh) who replied “You’re the person in the horror movie who died first because they take a selfie with the cursed object”. I replied “The pretty girls always die first” (ha ha). 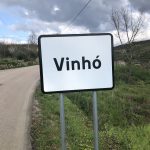 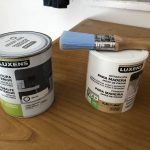 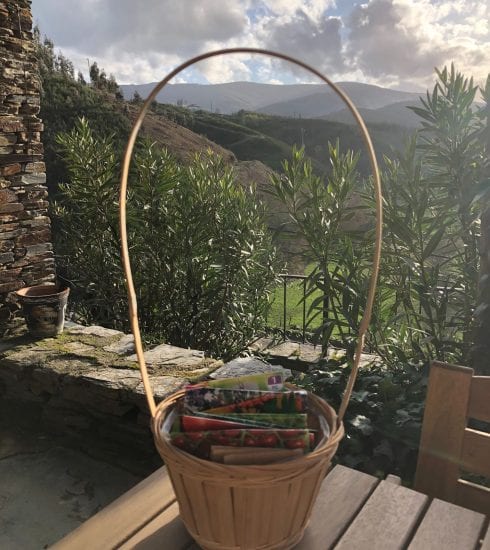 FROM SEED TO FEED (OUR FRUIT, VEGETABLE AND FLOWER GARDEN DIARY) 2021 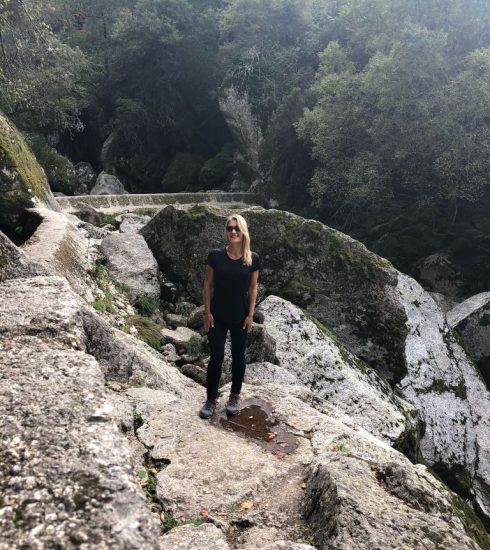 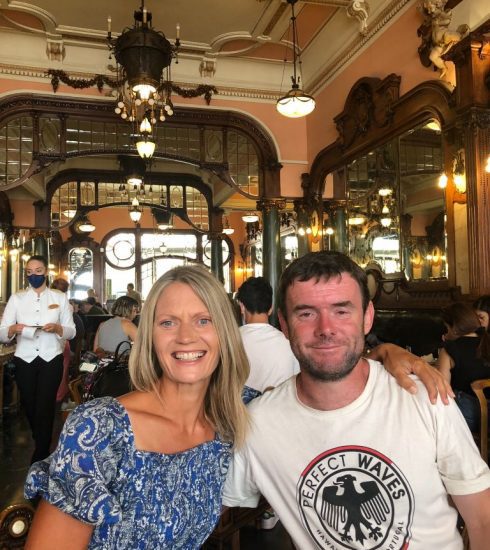 A VISIT TO THE WORLD FAMOUS MAJESTIC CAFÉ IN PORTO