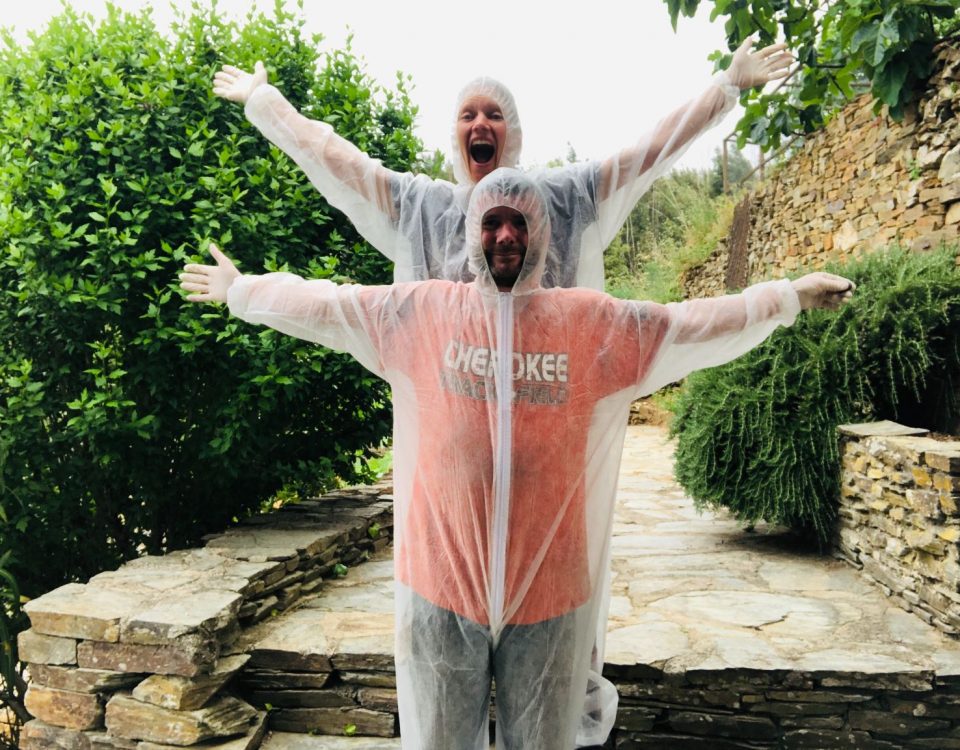 Get chickens they said, it will be fun they said! It took us a while to establish why our chickens suddenly didn’t want to go to bed at night time. Usually they put themselves to bed and return from the run to their coop when it gets dark. For a couple of weeks now hubby has had to physically lift them one by one and place them back in their coop. Then the penny dropped, we have bloody mites! After much googling and asking questions on one of my Facebook chicken support groups we quickly realised that chicken mites is a common problem and can get out of hand quite quickly if immediate action is not taken so we purchased all the necessary products and embarked on the nasty task of “Mite Mission”. There are many different methods of eliminating mites but we left no stone unturned and bought Creotina which contains Creolin (a strong disinfectant) similar to Jeyes Fluid and 2 Natural products: Diatomaceous Earth and Neem Oil. There are many other natural treatments such as garlic juice and apple cidre vinegar. You can also buy various Insecticides such as Arpon but then you need to avoid eating the eggs for 2 weeks so we tried with the natural remedies and disinfectant first. The good news is that chicken mites live on chickens (in general) not people, although they can bite you. If left untreated on chickens, mites can be extremely harmful and also result in a drop in egg production. We were receiving 4 eggs almost every day but now are down to only 2 on some days. It is beneficial to also treat your chickens as well as the coop.

There is nothing more chaotic than a bit of chicken drama on a Saturday. We were supposed to be hiking in Arouca but instead we are stuck at home on this not very appealing task. One thing I never even considered was how the chickens would react to us dressed up like crazy people. We approached the run to let them free range whilst we started the job and they went absolutely crazy! I don’t think they recognised us at all. Carol, Michonne and Judith squawked, flapped and ran into their coop to hide whilst Maggie was totally traumatised and lost the plot literally, she screamed and tried to fly out of the door but in a panic kept missing and flew into the chicken wired fence multiple times. It was disturbing to watch and a very stressful couple of minutes. I could only calm her down by removing my mask and hood and talking to her. I have no idea who she thought I was but I scared the living daylights out of them all and I think Maggie is emotionally scarred and might need some chicken counselling. Maybe she thought we were the slaughter house people, bless her. Here our my girls free ranging and a bit calmer.

Mr & Mrs sexy glamour attire! I’m not taking any chances so kitted us out in disposable overalls with hoods and masks! The funniest part is the store only had these overalls in one size XXL. I was tempted to go naked underneath but I thought I might sweat like a pig and more importantly hubby pointed out that the suits are semi see through. I don’t want to shock or excite any of the elderly local residents (ha ha). I think we should become the new clothing range models for the cheap overalls, we would smash it better than Posh & Becks. Hubby totally perfected his catwalk moves across the garden patio and clumsy me managed to split the seems of my crotch so I had an extra fanny air hole for ventilation (ha ha).

Phase 1 – Dirt used to be a Badge of Honour

After our troubled start we proceeded by removing everything from the coop so we could easily clean it. This meant dismantling the old bookcase which was currently their nesting boxes. Smashing up stuff with a hammer is so therapeutic (ha ha). To be honest I’m actually happy we are getting rid of the bookcase as I didn’t realise that all the chicken poop went down the back and got trapped underneath making it virtually impossible to clean. It was wedged in so tightly and had to physically be dropped in before we put the roof on as it wouldn’t fit through the door. I assumed my birds would sit and sleep on the perch but they used the top of the bookcase which was hard to clean. I even covered it with stick on plastic sheeting but it was still hard to keep clean properly. We also removed the perch and chicken signs. Next we swept all the old wood shavings/sawdust and poop, bagged and binned everything. I made hubby walk to the communal bins immediately as I didn’t want to risk anything sitting in our garden for too long and other stuff getting contaminated. He did get a few strange looks walking to the bins in his hooded overalls (ha ha). We then diluted the Creolina and sprayed the whole coop, top to bottom, every single inch. The product was left for a while to do it’s magic and we had fun chasing the chickens around the garden to treat them. Next step was power washing the whole coop and letting it dry. With phase 1 over we immediately binned our overalls and got naked in our garden! Yes we stripped off and put all our clothes in the washing machine then showered and washed our hair twice.

After lunch we started phase 2 which was to recycle a couple of old drawers I found in the loft and make new nesting boxes. This was my task and hubby made a new perch with wood from our land. The funniest part was he started making the perch outside and his face was a picture when I told him that it wouldn’t fit through the tiny door of the old ruin (Coop). As Judge Judy says “Beauty fades, dumb is forever” (ha ha). He reluctantly dismantled it a bit and took it into the coop to reinstall, shortly followed by Carol and Judith. I was concerned that our ladies wouldn’t like the smell or change and might do a dirty protest and avoid their new perch and nesting boxes but Carol was testing out the perch before it was even finished. She later changed her mind!

I hadn’t finished the nesting boxes yet and was replenishing the coop with fresh wood shavings when a couple of visitors arrived. It became very apparent that Judith and Carol both wanted to lay an egg. They followed hubby into the coop and decided to lay eggs in the oven! The oven is a little recess area that we think was once used as an oven. I suppose egg laying is a bit like having a poo. When you gotta go, You gotta go (ha ha). I tried to chuck some wood shavings at them so they had a soft landing for their eggs but they were not impressed with being hit with with missiles whilst trying to lay eggs.

I upcycled 2 drawers into nesting boxes and raised them off the ground slightly with old bricks. I only made 2 as previously we had 4 (1 each) but they only ever laid their eggs in 2 out of the 4 so I have started with 2 and will monitor the progress. As soon as I put them in the coop Carol flew down from the oven area and was straight in there rummaging around and laid an egg.

We then coated the support pole, new perch in diluted Neem oil and put down fresh wood shavings and a lot of Diatomaceous Earth was liberally sprinkled everywhere. I hope their perch isn’t too slippery for them to perch and pole dance on (ha ha). I also made a huge dust bath from a dry patch of earth in the run, added sand, diatomaceous earth and wood ash. This will suffocate and kill any mites that live on your chickens. Then we took our 2nd set of clothes off, got naked in the garden for a 2nd time (ha ha) and put our clothes including footwear in the washing machine on a hot wash. Afterwards we had a 2nd shower and washed our hair again (twice). As I said, I’m not taking any chances. With all this getting naked in the garden we might have to participate in World Naked Gardening Day next year (ha ha). We did have a brief discussion about transforming into naturists as we strolled through the house naked and headed to the shower. I don’t think naturism is for me, I just don’t feel comfortable without clothes and I certainly don’t have the body or confidence to put my nudity on display.

I must admit, I did think this job was going to be pure hell but actually it wasn’t too bad. It did take most of the day but the chickens got to free range for ages so all is good. At first they were obviously in shock and very anxious but they are super resilient and recovered from their initial ordeal very quickly. They were very intrigued as to what we were doing and “Curious Carol” kept a watchful eye and regularly reported back to the others what was occurring. I didn’t see many mites in the coop but I think they are more active at night and I did spot about a dozen or more on my white sexy overalls, they are red and very itsy bitsy tiny. I am actually amazed that we didn’t get bitten, not once! I expected to be covered in bites but I did spray myself beforehand with Deet and Jungle Formula bug spray. Next step is to monitor the situation closely and repeat again in a week. Oh the joys and thrills of being a Chicken Papa & Momma (ha ha).

The next day we discovered 2 eggs in one of the new nesting boxes and 1 egg in the oven area! I think Judith might prefer to lay her eggs in the oven. It’s been a few days since we deep cleaned the coop and I have realised that Carol, Michonne and Maggie are all sleeping in the oven area at night and Michonne is sleeping in one of the nesting boxes and not on the new perch. When hubby returns he is going to have to encourage them onto the perch. That’s a challenge I will leave for him as I’m having enough difficulty trying to cope here on my own. I miss my soulmate so much.

This job made us itch but not bitch. We still have BIG smiles on our faces and we continue to live the dream life (just about). 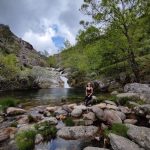 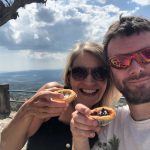 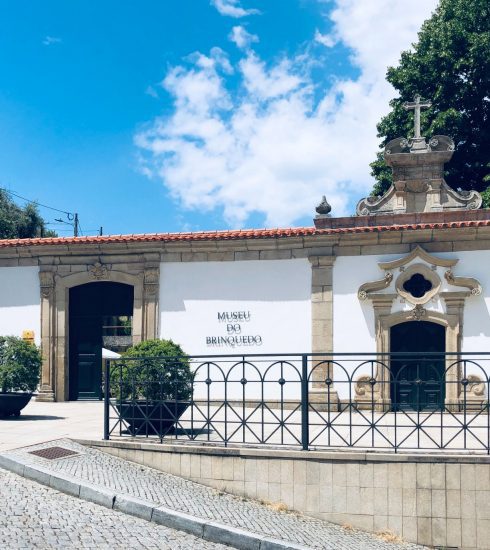 A VISIT TO MUSEU DO BRINQUEDO (TOY MUSEUM) SEIA 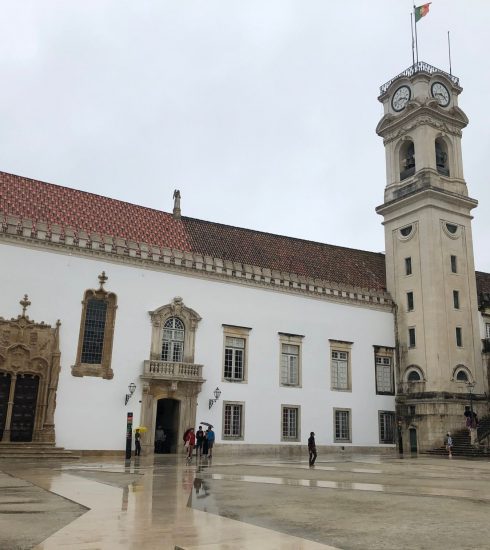 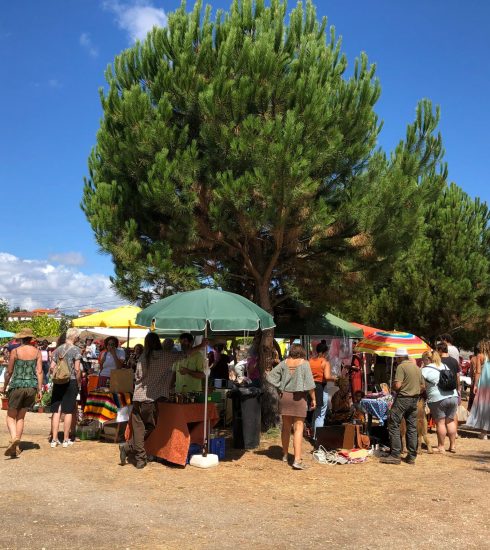