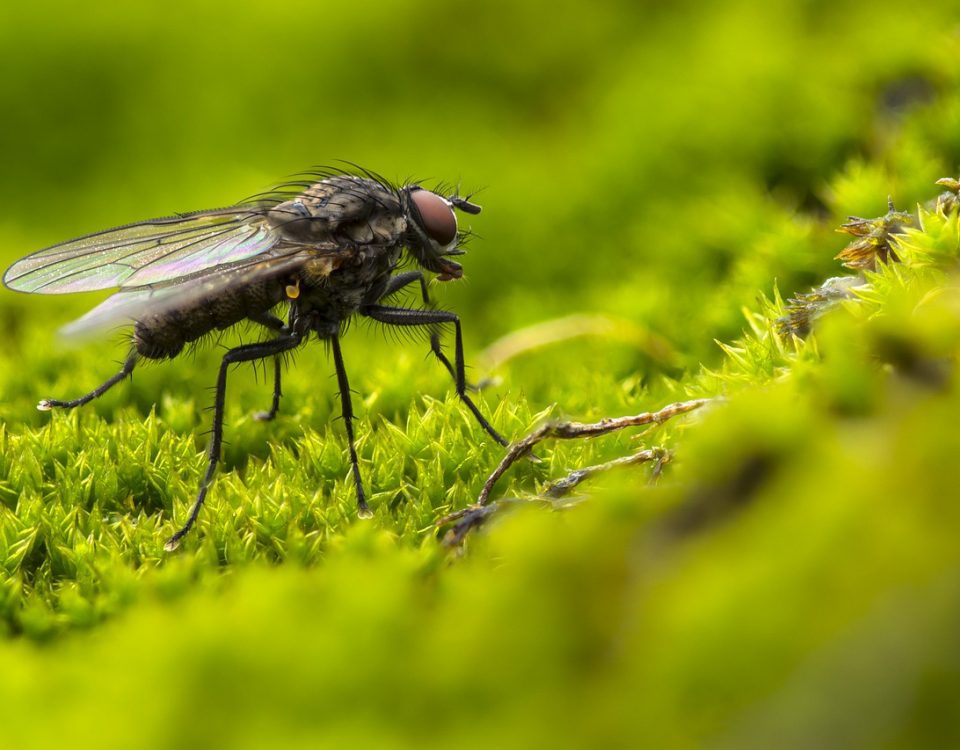 You may have read my post on bugs, bites and going slightly bonkers. Well I am still getting bitten quite a lot as the mossie repellent only seems to repel mossies and there are tons of other insects that like to bite me. They don’t only bite me once but they like to bite me 6 or 7 times all in one area. If this wasn’t bad enough the flies are driving me crazy!

Some days they don’t bother me at all yet other days there are just one or two that drive me to despair. They just keep returning and landing on my arm or face. The worst for me is when they land on or near my ears. I had a nightmare recently that a fly flew into my ear, through my ear canal and started eating my brain! At least I didn’t turn into a fly! Dreams are crazy! My mum once had a dream that my pet hamster ‘Speedy’ ate me. She came into my bedroom when I was a teenager and my hamster had ate me and all that was left was my bones in a pile on the floor, then Speedy got bigger and bigger and ended up the size of an elephant so she renamed it Helen – WTF! I watched the movie The Fly last year, they showed it outside in a tent at Shambala festival. Gosh, that’s a freaky film! There are different types of flies but I hate the common house fly, they just don’t take NO for an answer. Back in the U.K hubby had this battery operated tennis racket device and he had endless fun swatting flies in our flat. It was pure entertainment, who needs a costly night out at the pub when I have hubby to entertain me with a plastic racket.

I feel a bit bad ranting about flies as to be honest we don’t have a huge amount of flies or issues like some people experience here but it’s a bit like people. There are not usually 100 people that irritate you in general. It’s usually just one or two really annoying characters that piss you right off that you want to kill them with a blunt object. You know what I mean, that one friend of a friend, family member or work colleague who is always negative, judgemental, criticising, two faced or stealing your clever idea then pretending to the boss that it was their idea to gain the credit. The gluten free person who does not need to be gluten free for medical reasons they just think it will help them lose weight – god, I detest these people. Well this for me is just like our fly situation. It only takes a couple of irritating flies to ruin your day! There are many suggested remedies for combating flies which include pesticides and more natural remedies. I suppose it all depends if the flies are inside your home or bothering you outdoors whilst eating. We don’t eat outside a lot as we haven’t purchased the garden furniture yet so don’t have an outside dining table but I love al fresco dining. We also had to dismantle the BBQ (a long story) but we hope to rebuild it soon.

One of the worst experiences I have had with a fly was on a solo jog. I stopped at my half way point to have a little rest and I sat down. When I heaved my sweaty body back up I felt something on my leg. It looked like a gigantic fly and it was on the side of my right leg. I tried to hit it off with my water bottle but it didn’t move. I then felt pain and then I panicked, screamed a little and hit it with my bare hand at which point it flew off. I inspected my leg but I couldn’t pull my lycra leggings up far enough to view the area and I definitely wasn’t going to pull them down in the middle of our village with passing cars and flash my lady bits. People stare enough when I jog, it’s not a thing here! The fly came back for round two and I ran off as fast as my stumpy legs could take me. It followed me for a good 20 metres and it kept circling my head as I jogged. I got really worried at one point as It wouldn’t leave me alone but then it just vanished. I made it home and inspected my leg to find a bite/sting.

My leggings have a slightly thinner see through netting material running in a strip down the outside of my legs but I don’t think it would have mattered as they can bite/sting through leggings and even jeans! They also like the colour black and almost all my clothes are black. You would think they would not like the smell of the mossie roll on DEET deterrent I have but flies don’t care. They seem to have a Portuguese super power! I don’t think hubby believed me when I said it looked like a gigantic fly, he said it must have been a wasp or bee. Then about one week later he went for a solo jog one early morning (I stayed in bed) and he got bit by what looked like a gigantic fly! Now he believes me (ha ha), the phrase I TOLD YOU SO was quick off my tongue!

Some of the remedies I have heard of:

Ignore them – easier said than done.

Wipe table down with vinegar.

Sugar trap – Glass jar or empty coke bottle, cut top off and reverse it like a funnel so they can fly in but find it hard to escape, fill with apple cidre vinegar, beer or water/sugar. I have tried this and it works to a degree.

Natural trap bait – water, honey, wine fruit, meat, fish – Hell will freeze over before I put fish guts, bones and skin in a container in my garden (ha ha).

Wind chimes with mirrors – god, I hate wind chimes nearly as much as I hate those ‘Dance in the rain’ wall art decal vinyl stickers.

Cloves in half a lemon.

Vodka – for the flies but if it fails then drink the whole bloody bottle then you won’t give a rats ass about the flies as you will have a 30 min drunken conversation with one (ha ha).

Disposable fly traps – you can buy in shops.

Pheromone traps – Gosh, I am learning way too much about fly biology (ha ha).

Fly swatter – Old school. Love Judge Judy when she was in court and a fly kept bothering her and she hit it with a plastic fly swatter, live on air!

A rolled up newspaper – Even more old school (ha ha).

Rubber band – God knows how this works, you must be a skilled flicker of rubber bands and be very good with your fingers (sounds rude!).

Incense sticks – No chanting necessary unless you feel the need. Don’t chant or sing “Shoo flies, don’t bother me” as apparently it’s highly racist, something I only just realised! Wikipedia it if your interested.

Put a rotting carcass away from your terrace maybe near your annoying neighbours house (the one with the barking dogs and cockerel) – just kidding!

I am trying the clear plastic bag with coin method and I would like to exhaust all natural methods before I start using anything toxic. I have read lots of info about this method so thought I would give it a go. I read that a lady used a coke bottle and just placed it on the floor by her door and it worked well so I’m keen to find out if it works for me. A facebook friend from Portugal has tried it here and said it failed but I have optimism, some plastic bags and a heap of shiny coins. You fill a clear plastic bag with water and drop a few shiny coins in then tie it up at a height by the patio/balcony door. Entomologists also support this method for repelling flies. They say that flies have compound eyes, which means that they have around 8000 lenses in each eye. This gives them a great ability to detect movement and changing light patterns. A bag of water reflects light in all directions and flies do not like to be near such a thing but the drawback with this method is that it can only work during day time.

I hung it up about 30 minutes ago and now I’m on fly patrol. Never mind Lord of the flies, I’m Lady of the flies! I’m watching this bag and the door as if my life depends on it (ha ha). Never mind fire marshal, just call me fly marshal Helen! It’s a bit too early to tell but I have literally witnessed 3 flies come up to the door hover and turn away. OMG this may actually work! or have I spoken too soon, only time will tell. It keeps reminding me of childhood fairs when I would want to win the huge teddy bear prize but would always end up winning a gold fish instead. They would hand them over in those tiny oxygen deprived water filled bags. It would never live that long and the coins in the bottom of my bag kind of look like a gold fish which is slightly freaking me out. I just read that this is still legal at fairgrounds in England which is very concerning to me, surely this can’t be true, can it? 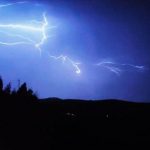 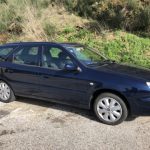 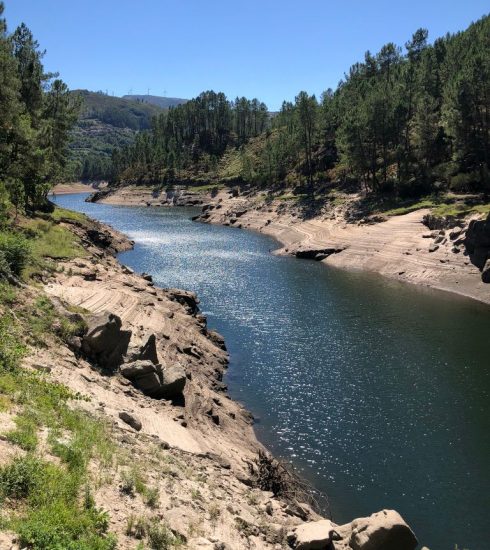 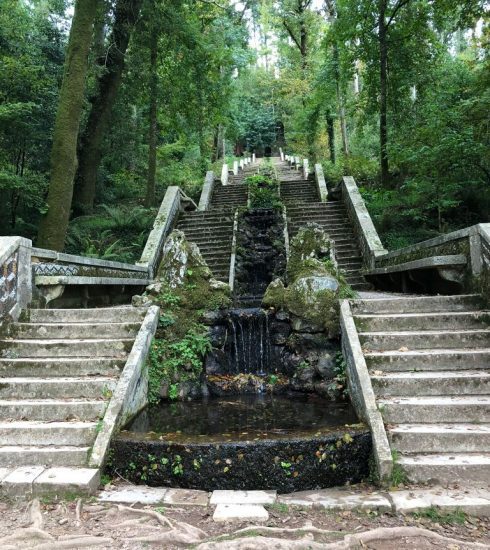